The ArtsQuest Center at SteelStacks has won an international architecture award. The performing arts center, designed by Bethlehem-based Spillman Farmer Architects, was chosen in the urban transformation category for the Architizer A+ Awards.

The ArtsQuest Center was selected by a panel of more than 200 members, including architects, developers and museum curators. It’s the first time Architizer has granted annual awards. This category honors architecture that revitalizes neglected areas and results in lively community spaces.

The ArtsQuest Center, which includes the Musikfest Café concert venue, two independent movies theaters and several other performance spaces, was built on former Bethlehem Steel Corporation land and overlooks the company’s iconic blast furnaces. Spillman Farmer has been honored several times for its design of the ArtsQuest Center, including receiving the Pennsylvania chapter of the American Institutes of Architects top award in 2012.

The American Institute of Architects, ArtQuest RenovationPennsylvania, has awarded a Silver Medal, the organization’s highest honor, to Spillman Farmer Architects of Bethlehem for their design of the ArtsQuest Center at SteelStacks. AIA jurors praised the project saying, “The design captures the energy and utilitarian beauty that the best of the industrial revolution once offered. At the same time it demonstrates the power that a truly successful marriage of architecture and program can exert in bringing new purpose and hope to the most abandoned parts of our community.”

The ArtsQuest Center, which opened almost a year ago in the shadow of the iconic, 285-foot-tall Bethlehem Steel blast furnaces, is home to the Musikfest Café, the Frank Banko Alehouse Cinemas, a gift shop and a number of other spaces for performance and private and community functions. The building is wrapped with locally-manufactured pre-cast concrete panels, which are mounted with their rough, hand-screed surface facing outward. The Center’s panels celebrate both the process and the people that produced them, by revealing the marks of their production. Inserted within this structural concrete strongbox is a skeletal steel frame that honors the site’s steelmaking history. The skeleton is finished in International Orange, an iconic color borrowed from many of Bethlehem Steel’s most recognizable fabrication projects, including the Golden Gate Bridge. It is a $26.6 million, 66,000-square-foot centerpiece of an arts, entertainment and tourism district still being developed at the western end of the Bethlehem Steel brownfield. This is no less than the second major architectural recognition the project has received since opening.

Earlier this year, the ArtsQuest Center was nominated and under consideration to be a “Building of the Year,” by ArchDaily, an international architectural Website. 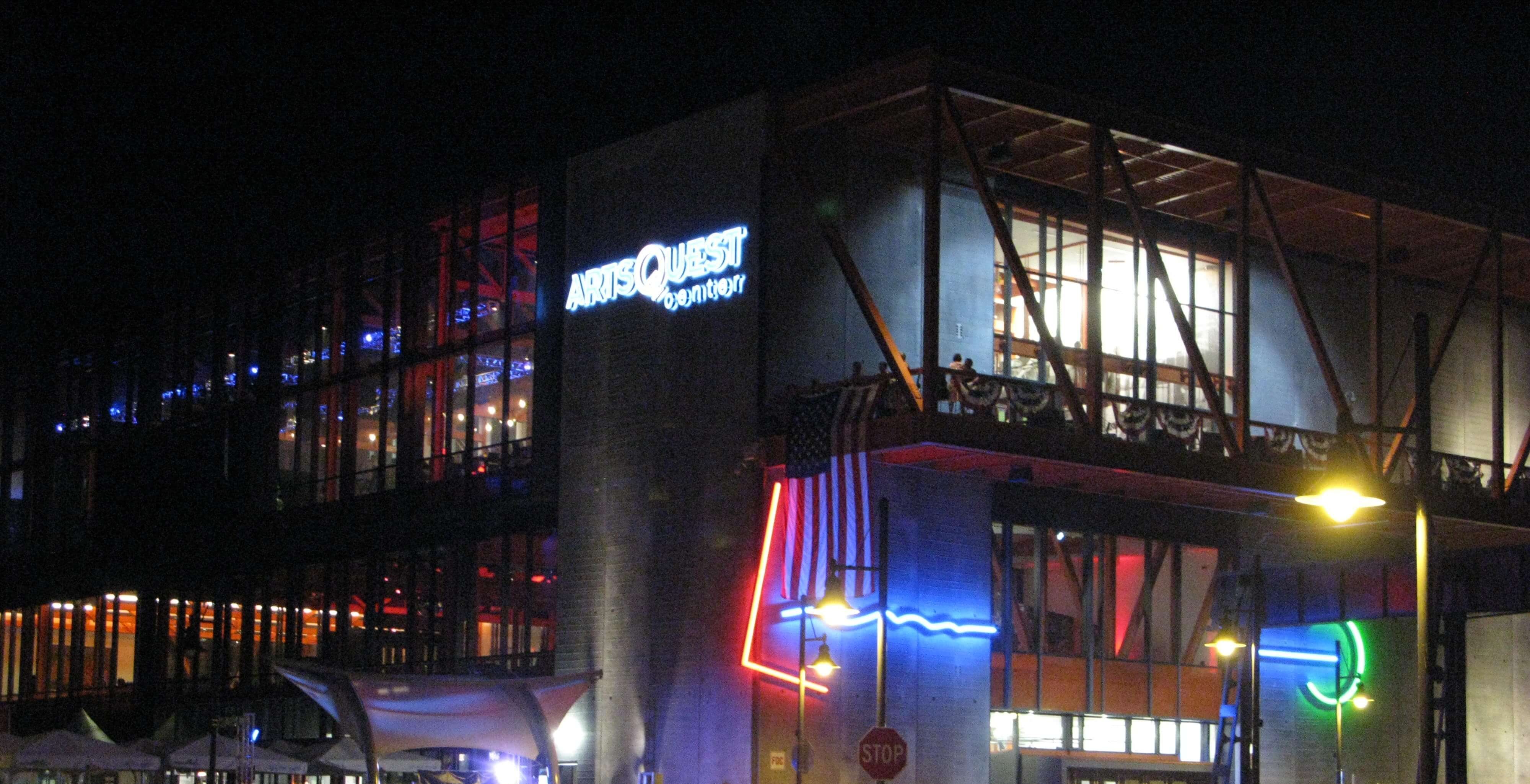 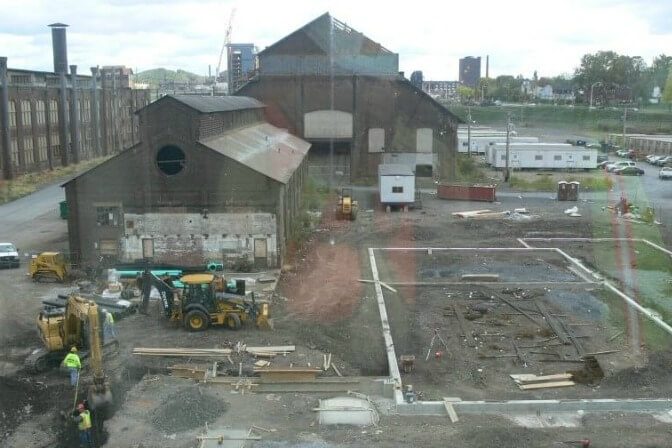